The playschool that Mini goes to is pretty progressive, so it isn’t surprising that in early December, they cheerfully greet me at home time with: “We’re letting the children pick their own parts in the nativity this year.”

Cool – I think. More chance of getting a good role.

Mini rushes over to me: “Mum, mum, guess what I’m gonna be?”

I’ve already got the smile poised on my lips. “You tell me, darling!” A queue of equally keen mothers is building up behind me.

“I’m gonna be a shepherd,” she squeaks and to show how excited she is, she does a rolypoly in the centre of the hall.

Her little blond mate, Ruby, runs over, “I’m Mary,” and out the corner of my eye, I see Ruby’s mum trying to do proud and humble at the same time.

I am underwhelmed. This is not my first nativity: I’ve been to so many, I feel as though I’ve been going to them for two thousand years. I have been to more nativities than most people have had hot dinners, and yet, and yet, not once have I or any of my children had an A-list role.

“Its not about you though, is it?” says husband, the voice of reason, (befitting the one who was type-cast as the Inn Keeper – “No, you can’t bloody come in/park there/buy that”, etc etc.)

“We should be proud that she’s an independent thinker,” he continues. “You know Mini. She does what she wants, always has, always will.”

“Not sure,” he says, “things are really busy at work.”

He would have come if she were Mary!

Thing is, it is kind of about me. Firstly, like me, Mini would have made a lovely Mary.  She’s got a real why-is-this-happening-to-me look about her. And the other thing is, there’s something a bit fortune cookie about the nativity selection process.  See, I have a theory that the what you play in the Christmas play is a big indicator on how you are going to turn out in the end. It’s like there is nature, nurture and nativity. And no one knows for some which one dominates the most.

All Marys grow up to be head girl, attend a Russel Group university and become directors of companies in the FTSE 500.

Josephs do similarly well except for a couple of ‘messy’ years (trust issues) in their thirties.

Angels: well, they have masses of potential – super talented – in art, politics, writing or music yet in their teens waste their energy on boys or alcohol and end up working for the council or as unwitting stay at home mothers. (Hard to believe, isn’t it, but I was fifth angel from the back. They had run out of halos for the evening performance too).

Angel Gabriels, or as they are usually known, the tallest kids in the year, always emigrate. I don’t know why but they do.

The Kings. They do all right. Lot of small business owners among them. Opticians. Estate Agents. Ray was a king, of course he was, all the mixed race kids are kings. Arnie was a king too last year, one of seven. That surprised me. I thought I had another inn-keeper on my hands. I’ve still got the cape and the crown for this years. Happy Days.

But Shepherds?  Nah. Shepherds come to nothing. Everything is a struggle with shepherds from getting the tea-towel to stay fixed to their head to getting a mortgage.

It’s a shame, there were no consultant obstetricians in Bethlehem. I would have liked Mini to be one of those.

At bedtime, I tuck Mimi in, and say, “so you’re a shepherd, are you Mini?”

And I recognise this feeling. It’s the same I had when Ray, my little Lionel Messi, told me that he hadn’t been picked for the football ‘A’ team, nor the ‘B’ team, nor even the ‘C’ team but he could be ‘C’ reserve, if he liked. And it’s the same feeling, I had when at the Christmas bazaar just the other day, Arnie decided the only jar of sweets he could possibly buy was the very one we had donated the afternoon before. It is disappointment and it is stupid and redundant because Mini isn’t, Arnie wasn’t and even Ray isn’t, now that that he has decided to become a professional Mine-craft player.

And I know what I need for Christmas is a bit more compassion, a bit more empathy. I snuggle up to my girl.

“Why did you chose to be a shepherd, Min?”

“So I look after the sheep,” she says delightedly. Her cheeks are flushed with excitement, my gorgeous animal-loving non-starry daughter. She has the same bright eyed expression she had when I gave her the Power Ranger advent calender and I think, darling, you be whoever you want to be.

Then I go downstairs, open Arnie’s book-bag and see a letter. It is the first Nativity at big school and Arnie must wear a plain, neutral top and grey trousers. This year, my son is ….

13 thoughts on “My daughter, the shepherd” 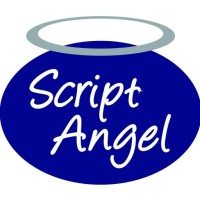 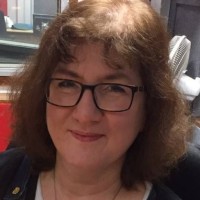